Foraging by wild herbivorous ungulates was originally one of the most ancient and important factors in the shaping of European landscapes. Functioning as ecosystem engineers, wild ungulates have been essential for the creation, diversification, improvement and preservation of natural grasslands, and have helped to create gaps within forest ecosystems, woodlands and shrublands, as well as aiding seed dispersal (San Miguel-Ayanz et al. 2010). Wild ungulates are also keystone prey species for large carnivores such as wolves, lynx and bears, and provide essential carrion for vultures, thus playing an essential role in the maintenance and restoration of carnivore and vulture populations.

During recent years, in many parts of Europe, the populations of several species of wild ungulate have significantly increased in terms of distribution and density. This has been partly as a result of human depopulation in rural areas and the abandonment of traditional agriculture, resulting in an expansion of shrub and forest cover with an ensuing increase in the availability of shelter and food for wild ungulates (San Miguel-Ayanz et al. 2010). In addition, for economic reasons, land owners and mangers in many regions have deliberately set about significantly increasing the density of ungulate populations to cater for the demand for wild ungulate hunting. Unfortunately, the establishment and maintenance of artificially large ungulate populations can have highly negative effects on overall biodiversity through over-grazing and degradation of the environment, as well as increasing the prevalence of certain diseases and parasites. Furthermore, the artificial control of ungulate populations through hunting alone, rather than naturally through predation by large carnivores, can have serious negative impacts on the population structures and genetic integrity of ungulate species.

However, not all ungulate populations are increasing. In certain parts of Europe, including Bulgaria, the populations of some species of wild ungulates such as Roe Deer (Capreolus capreolus) have actually been declining, most likely as a result of increased poaching. Poaching is also seriously imperiling the Balkan Chamois (Rupicapra rupicapra ssp. balcanica), the status of which is already precarious due to the fact that many populations are small and isolated. NGO 'Wild Rodopi' is, therefore, undertaking research to gain a better understanding of the ecology and behaviour of ungulates in the Rodopi (Rhodope) Mountains. 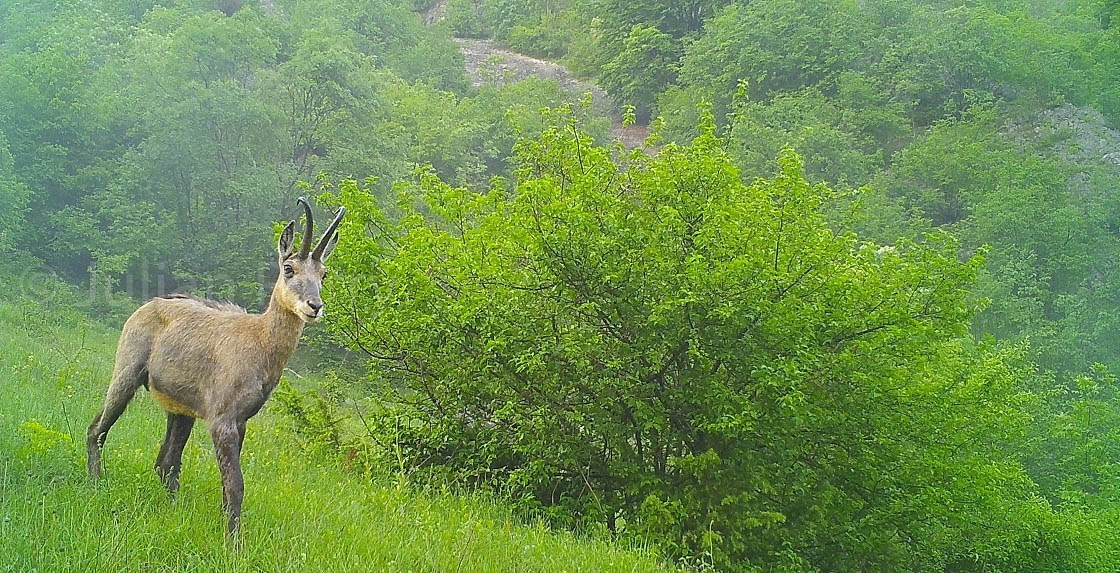